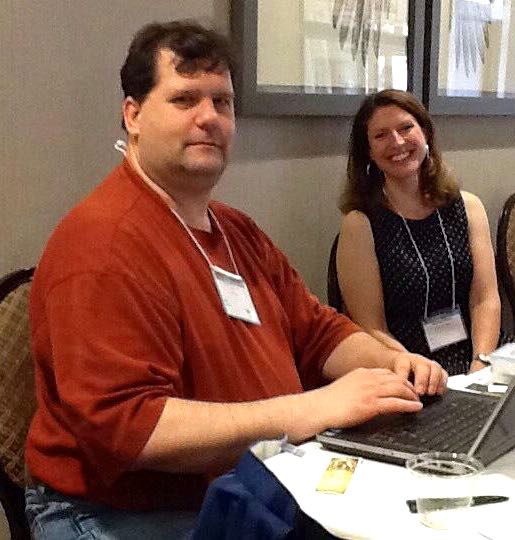 So….interesting story, I’m not exactly ignoring you.  It’s just that I have all these excuses, that I’ve already used here and here and here…so they don’t really bear repeating.  Let’s just agree to agree that I’m working very hard, just not at the things I really wish I were working on.

And I haven’t been completely silent.  The good folks at Biff Bam Pop continue to defy all reason and logic and are letting me write for them.  In addition to my Game of Thrones duties, I’m recapping a weird (and somewhat disappointing) second season of True Detective.  I also have some interesting things to say about Dungeons and Dragons, Time Travel, and going way back…the private horror that is Rankin Bass.

Those crazy writers at the South Jersey Writers’ Group continue to grow.  I gave my reasons to go to the Philadelphia Writers’ Conference back in April.  Those reasons still hold true for most conferences, so if you have one coming in your area, you really should consider it.

And big news on the Philadelphia Writers’ Conference front.  I selected the black stone from the sacred typewriter case, which makes me president of the PWC!  I’m fully committed to embracing all of the benefits and boons the office has to offer.

My first correspondence as president is right here.   Our conferees had a lot to say, with reports from SJWG, the irrepressible Kerry Gans over at the Author Chronicles, the always entertaining and uplifting Heartprints author Mary Mooney, and Doreen McGettigan, who was  kind enough to share everything from her pre-confernence prep to the aftermath.  It’s always a joy meeting (and re-meeting) folks at the conference. I already can’t wait ’til next year!

Philly Flash Inferno publisher Catt Colburn and fellow winter issue contributor Elaine Paliatsas-Haughey have started an online community called “Scars and Tattoos: Our Story on Our Skin”  The group will include original stories, poetry, and artwork from and about women who bear the marks of their battles.  It’s an ambitious and inspiring project and well worth a look.

Literary lady-crush Kelly Simmons (One More Day) has a book coming out.  Friend of the Blog Kathryn Craft (The Far End of Happy) has one out now; and fellow Friend of the Blog, Jonathan Maberry released his latest Joe Ledger novel Predator One in April.  Jonathan has not let his move to the Left Coast slow him down, and he’s got more Joe Ledger, a new Rot and Ruin, and an X-files anthology all queued up and ready.

(Hopefully) future Friend of the Blog , Fran Wilde, has her first novel, Updraft, hitting the shelves in September.  I had the pleasure of meeting Fran at the 2015 PWC and she’s smart, funny, and possesses an ungodly amount of talent. If she were a baseball player, she’d be considered one of those “high-ceiling” superstars in the making, so be sure to watch her.

The One Who Started it All, Jenn Brozek has had an exciting summer, winning a Scribe award and gearing up for another GenCon.  I think my biggest regret for missing this year’s geek mecca is simply missing the opportunity to chat with Ms. Brozek and talk about what’s changed since she first got me kickstarted in 2009.

What’s ahead for the rest of 2015?  Well the good news is the purple emu is still chattering, despite my inability to let him out of the cage for more than a few moments at a time.  I’m working on a piece now, inspired by Catt, Elaine, and my good friend Sam Lockwood who has done incredible things with HERA.  “Change” is out to market, but I’m going to fine tune the rest of the bridesmaids before I put them out again, and (let’s say it in unison), I’ll be expanding “Jonesing” to novel length someday soon.

Until next time, KnippKnopp out!

2 Replies to “What Else is Going On?”