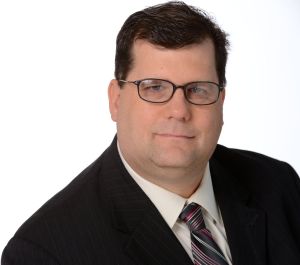 Jim Knipp is the author of over a dozen short stories and several novels, most of which are either mouldering away in an ancient trapper keeper or patrolling around the recesses of his brain.  He reached his forties and decided it was a good time for a mid-life crisis…Lucky for him, he’s too fat to get a 20 year old girlfriend and too broke to buy a Porsche, so instead he’s trying to chase purple emus and rekindle his dreams of becoming a published (and paid) author.  Jim has had worked published in the anthologies “Tall Tales and Short Stories from South Jersey” and eSpec books’ “In a Flash.”  His flash piece “Mr. Belial” was published in Philly Flash Inferno.  He’s currently working on a novel which,  at the current rate, should be just about complete in 2040; but he hasn’t lost hope for new bursts of inspiration, unexpected lottery winnings, or maybe a rich uncle to appear and help speed up the process.  His stories almost always take a darker tangent, which is surprising to him because – Mondays and post-rejection days not withstanding – he’s usually a pretty damn cheerful guy.

Jim is a member of the South Jersey Writers’ group and a board member of the Philadelphia Writers’ Conference.  He occasionally guest blogs for the folks at Biff Bam Pop.  Because he’s so hip with this younger generation,  he occasionally Twits (Twats?  Tweets?) or has something only he finds incredibly witty on “The Facebook.”

Jim lives in Southern New Jersey with a very patient wife, three awesome daughters and a granddaughter whom he intends on spoiling rotten every chance he gets.  His first book, “Stuff Every Grandfather Should Know” will be released by Quirk Books in June 2019.

One Reply to “About Me”