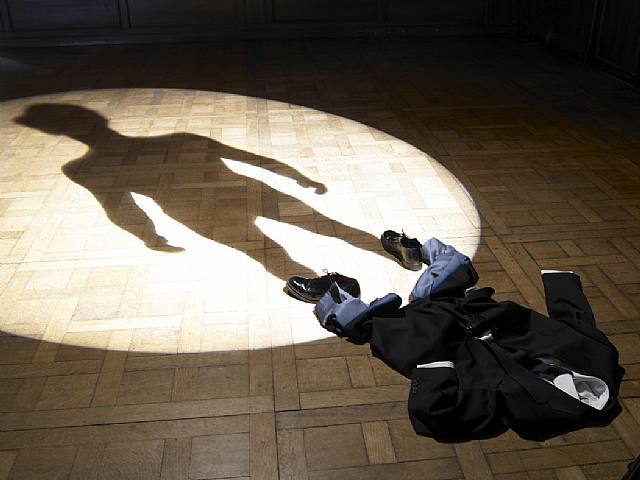 Hey folks….been busy moving onto a new daytime gig, getting ready for the Philadelphia Writers’ Conference and providing Game of Thrones support for the good folks over at Biff Bam Pop.  I was lucky enough to enter a the quickie biweekly flash fiction challenge held by our good friends at Shock Totem and thought I’d share.  I’d love to hear what you think!

Josh silently stared at the monitor, Mr. Ellsmere’s words washing over him like sludge pouring from one of his factories at low tide.

“What you need to decide, Mr. Jacobs, is are you a company man?”

He pointed one yellowed, horned fingernail towards Josh’s face, the gnarled fingertip stopping centimeters short of Josh’s eye. He didn’t flinch, didn’t even blink.  Six-months worth of lectures had taught him that any movement was a sign of cowardice, an invitation for the old man’s lessons to continue ad infinitum.

“Well are you Mr. Jacobs? Are you a company man?”

Josh cleared his throat, continued staring at the monitor (eye contact was another transgression), and said quietly:

“Yes, young man. But are you worthy of the suit? And what will you say when those jack-booted regulators come pounding on our door?”

Mr. Ellsmere didn’t wait for an answer, simply turned and wandered away, muttering. A few moments later, Josh heard the hectoring, old man’s shout coming from the next office.

“You there, are you a company man?”

Josh smiled. That was Michael Kain’s office, and he could think of no one more deserving of a few minutes of the senile old bastard’s tirades than his former roommate and current boss. Kain was a true company man, with the emotions and pale, unblinking eyes of a lizard. He probably enjoyed Ellsmere’s company, and Josh imagined the two of them, sunning on a rock, discussion profit margins and risk statements and plausible deniability while slurping up flies with tongues grown long and obscene.

Josh’s stomach lurched, and he felt acid fill the back of his mouth. He ducked out his door, sliding around the corner before Ellsmere could spot him and begin his lectures anew. He trotted up the corridor, and burst into the men’s – thankfully empty – reaching the toilet moments before his lunch tore up his throat and splattered onto the porcelain.

He had been like this since the report. The one that showed the cancer cluster downstream from Ellsmere’s plants. He had brought it to Kain, and Kain had buried it. Reminded him of stock prices and loyalty, of public shame and the fate of tattletales and finally of favors and perceptions. Josh had left, had promised silence, but the kids haunted him, their faces buried and indescribable under mountains of tumors. And he had finally relented, called in the EPA, and now the hunt for the whistleblower had begun.

Kain had to know it was him, Josh was certain of that, and was unsure why he still held a job. The last several weeks had been torturous, as agents came in and Mr. Ellsmere stalked the floor, and Josh waited for whatever shoe was going to drop.

He staggered over to a sink, ran water into his hands, and splashed his face. He didn’t belong here. Hated coming in every day, listening to the office gossip, playing the little political games, climbing that ladder. Kain was a natural at it, had left some part of his soul behind in favor of a six-figure bonus and a gold corporate card.

And Josh had followed, because that’s what he always did. Followed Kain. And hadn’t he liked putting on the suit?  Hadn’t he liked the way the tie fit snug to his neck, the way his shoes gleamed in the fluorescent light? But one look at those kids, at those pictures, and the suit didn’t fit anymore. It choked him, confined him, tried to shape him into something he wasn’t.

So take it off, he thought. Don’t let it define you.

He smiled. Just take it off. Opt out. Cast it away.

The thought took hold and his hands, almost of their own accord, began pulling at his collar, shedding the suit like snakeskin. But he had more to cast off, more to escape, and his fingers worked into his flesh, tearing through skin and sinew and casting it aside. Bone and brain and nerves, he had to unmake all he was, he had to start afresh, for the kids, for himself.

Light flared behind him as he threw away the last part of his old self. Light pure and harsh and warm and judging, and he moved into its embrace, not looking back at the darkness he had cast aside.